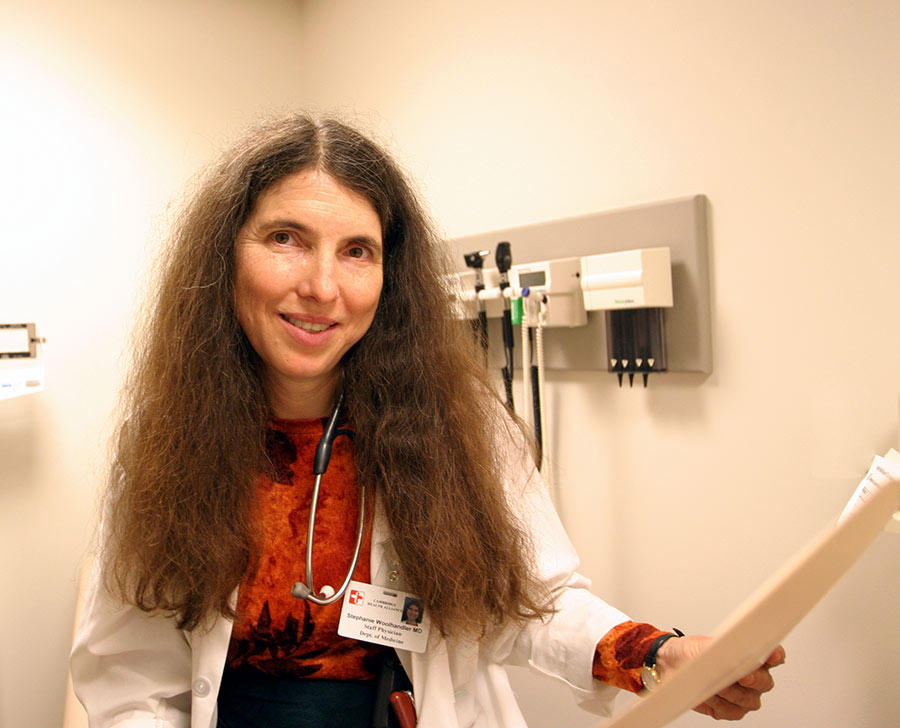 Dr. Woolhandler splits her time between Cambridge Health Alliance/Harvard Medical School and New York City, where she serves as a Distinguished Professor at the City University of New York at Hunter College.  She has authored more than 150 peer reviewed articles addressing problems in access to care, health and health care inequities, health care administrative costs, and the advantages of a single payer health care financing system.  Her study of “patient dumping” from private hospital emergency departments was instrumental in the passage of the EMTALA law that bans that practice.  Her research on medical bankruptcy was cited frequently by President Obama during the 2010 debate over health care reform, and her and Dr. David Himmelstein’s series of studies on health care administrative costs published in the New England Journal of Medicine and Health Affairs are the most widely cited works on that topic.  She is a recipient of Harvard’s prestigious Barger Award for excellence in mentoring.  Dr. Woolhandler has also been a leading health policy advocate.  She is a co-founder (with Dr. Himmelstein) of Physicians for a National Health program, the nation’s largest  physicians’  advocating for a single payer health care system.  She served as a Robert Wood Johnson Foundation Health Policy Fellow at the Institute of Medicine in Washington, DC, and as a staff member for Bernie Sanders and Paul Wellstone. She attended medical school at LSU New Orleans, completed an internship at UCSF, residency at Highland Hospital in Oakland and at Cambridge Hospital, an MPH at Berkeley and a general internal medicine fellowship at Harvard/Cambridge Hospital, where she subsequently joined the faculty and rose to the rank of Professor of Medicine.